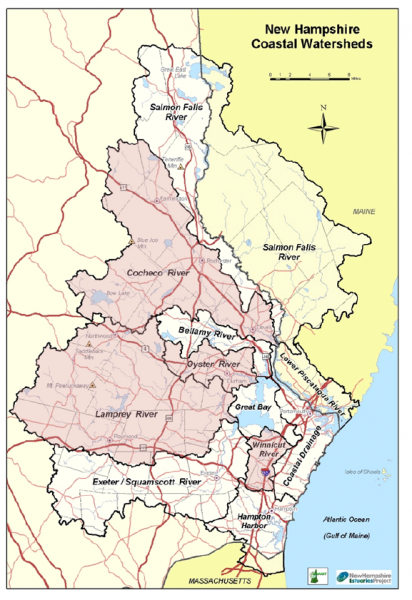 The health and biodiversity of large rivers and estuaries is heavily influenced by inputs from their many small tributary streams. The water quality in small tributaries is in turn heavily influenced by land use, atmospheric pollution and other factors. While 53% of total stream length in the continental United States is made up of small streams, they are not currently protected by environmental regulation.

The Borsuk Lab is collaborating with colleagues at Dartmouth College, Plymouth State University, the University of Massachusetts Boston and University of New Hampshire to calculate the benefits of protecting water quality in small streams in order to understand the scope of regulatory protection warranted. This work is supported by the United States Environmental Protection Agency and aims to quantify benefits in terms of recreational value and avoided water treatment costs. The project quantifies these benefits using integrated economic and mechanistic environmental modeling. 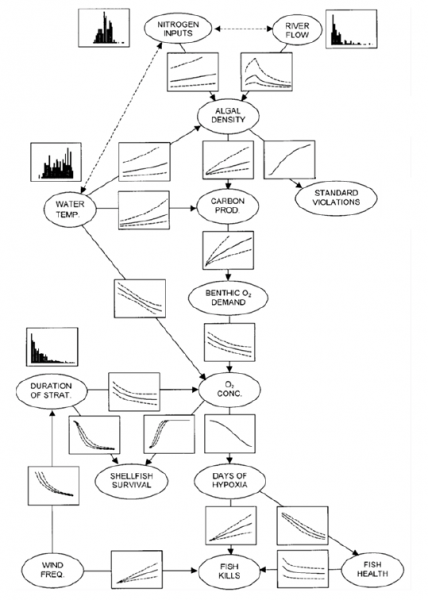 The project takes as a case study the coastal watersheds surrounding New Hampshire’s Great Bay Estuary, one of US EPA’s 28 ‘estuaries of national significance’. The Great Bay is suffering from decreased populations of coastal wildlife and low-oxygen dead zones, symptoms typical of human-impacted coastal environments.

We use a mechanistic water quality model to forecast how land-use decisions over the watersheds impact water quality in the coastal system and relate these to biological indicators of stream health using Bayesian statistical methods. To quantify the benefits of certain recreational and non-use attributes of the system, we convene workshops of local residents and elicit their willingness to pay for (and preferences between) various hypothetical outcomes. Certain other benefits are calculated from the costs of treating effluent or drinking water (or procuring alternate drinking water sources) under scenarios where river quality is degraded from urban and agricultural runoff. These findings produce estimates of the economic value of the water quality of small streams that can be adapted for use in other environments and used in regulatory analysis.